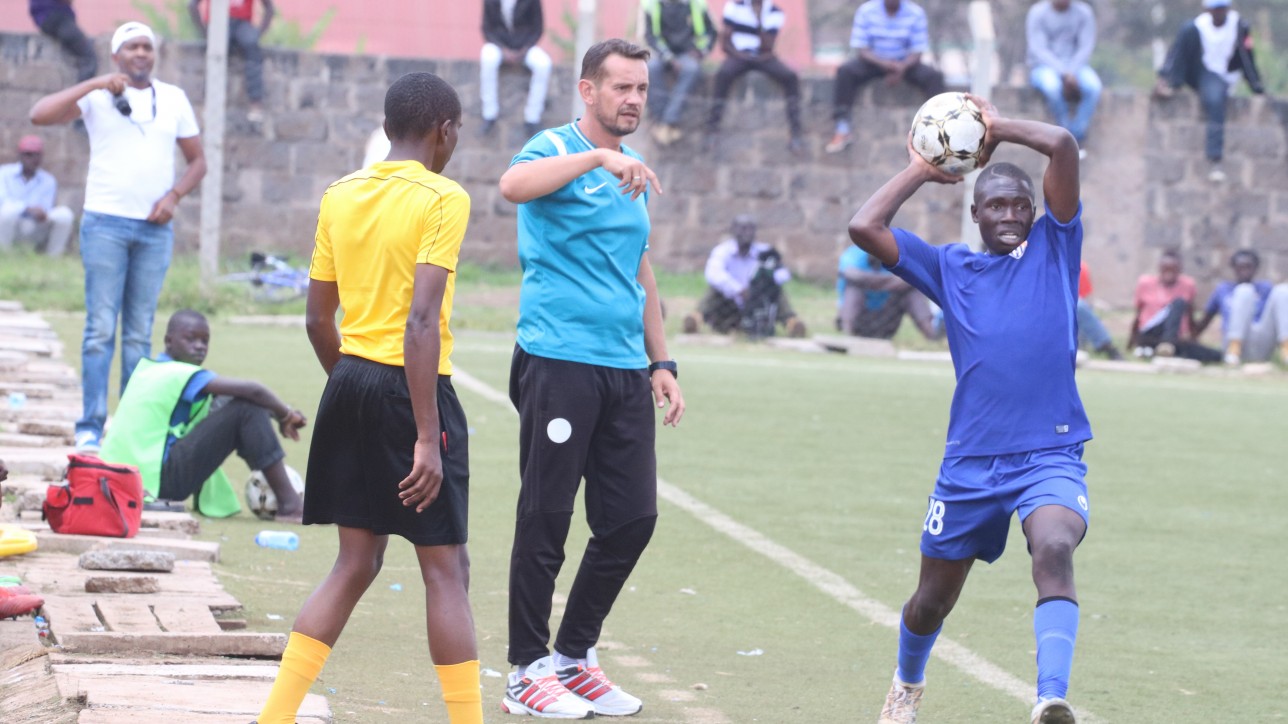 On Saturday 8 February, Nairobi City Stars went down 3-1 to visiting Coast Stima at Camp Toyoyo in a round 24 Betika Super League (BSL) clash.

It was the second season loss that brought an end to the clubs’ impressive four-win slide into the second half of the season.

Never had City Stars gone down by that margin – at least not since March 2019 when they went down to Kibera Black Stars by the same margin at the same venue.

In the aftermath of that shocker, Simba wa Nairobi head coach Sanjin Alagic noted the areas of concern, has his lessons well documented and is now assuring a re-tune to the norm.

“We are little disappointed because of the result. We had a great start with four wins including against Vihiga United and Bidco United who are our direct promotion opponents,”

“But in this match we were poor in defense, we allowed Coast Stima to make problems for us through their counter attack especially from our left side and they scored two goals and a penalty,”

“They enjoyed their opportunities; from four chances they scored three goals and from our side we showed some weakness; we created many chances but didn’t score from them,”

“But that’s football, if you are dominating in ball possession that doesn’t mean that you will win every match,” added the Bosnian

Putting the set back behind him, Sanjin is keeping his eye on the prize and wants to achieve what he set out to at the beginning of the season.

“We will stay focused in our next games and remain determined to win every next match to achieve our goals and finish this season like Champions,”

After the Stima debacle, City Stars will stay out two weekends then resume league action on the 29th of February.

“The team is working very well, the atmosphere in the training is great so we don’t have reasons to be worried. Starting from next match against Kenya Police our fans will again see the real NCS.” summed up Sanjin

City Stars currently tops the 19-team BSL log with 55 points from 23 games and has a seven-point buffer on promotion material Bidco United.