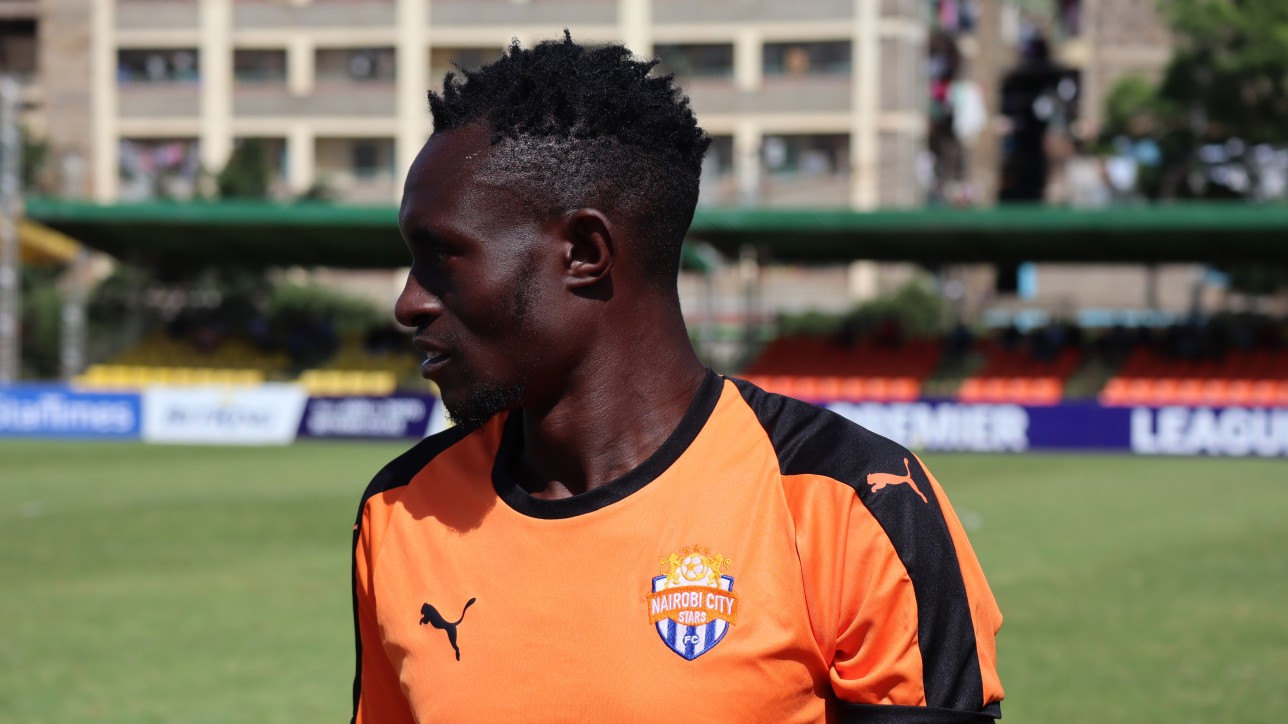 After clocking full minutes on the bench twice against Wazito and Ulinzi Stars, defensive mid Charles Otieno Oduro aka Chale, finally came off the dugout to earn his Premier League debut in Wundanyi as Nairobi City Stars went down 1-0 to Sofapaka in a round nine tie.

Chale clocked 13 minutes in his first ever top flight game after coming on for Sven Yidah.

He talked of the memorable game while in training during the week.

“I had waited for this day and game and it finally came. I got to the pitch at a moment when the tempo was very high but I fitted right into it,” said the soft spoken Chale

“It was a very exciting experience and I am looking forward to more games at this level.” he added

Chale joined Nairobi City Stars back in 2017 following relegation from the top flight.

He had been part of the club’s low and high tides – relegation survival at the end of the 2018/19 season and promotion the next season. Charles Otieno at Wundayi during a match day 9 tie against Sofapaka on Sat 23 Jan 2021. He made his KPL debut as the hosts beat City Stars 1-0.