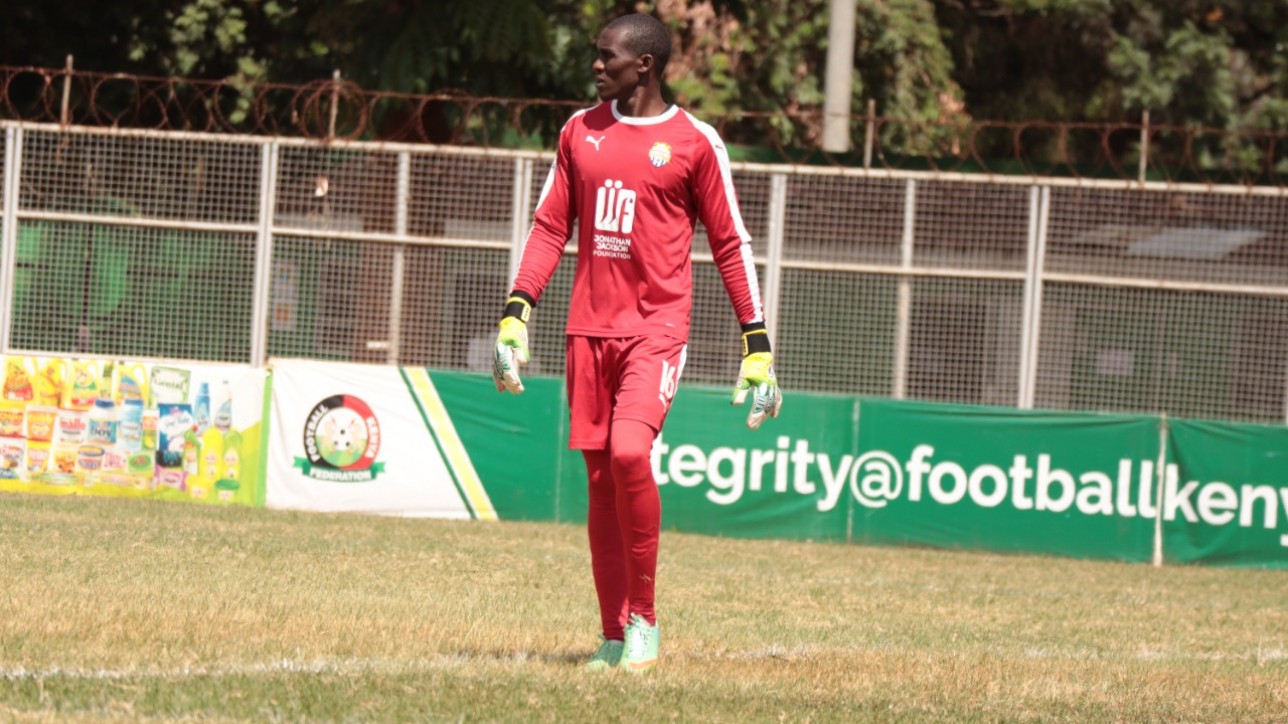 Nairobi City Stars goalkeeper Jacob Osano received a personal accolade from club Chair and owner Jonathan Jackson after his heroics on Monday 18 April 2022 that led to a 1-0 win over Ulinzi Stars in Ruaraka.

Substitute Oliver Maloba scored the winning goal after connecting to an Ezekiel Odera through ball in the 85th minute.

But it is the action of Osano that was the talk of the town after he kept out everything and anything that came his way, including a hard shot off a freekick by Bernard Ongoma in added time that could have leveled the game.

“He was outstanding in the game and we attribute the win to his performance. He was very good today,” said Jonathan who tracked Osano after the game to personally thank him with a firm handshake.

Jonathan’s sentiments were echoed by head coach Nicholas Muyoti who said; “He gave us a man of the match performance that kept us in the game from start to the end,”

Osano, who registered a tenth clean sheet in that game, and City Stars’ eleventh of the season, dedicated his performance, and win, to fellow keeper Stephen Njunge who is injured and out for the rest of the season.

“It was a difficult game since we were facing a good team that is fighting relegation. They were physical and fighting for every ball. But we managed to get the three points, a good performance that I dedicate to my colleague Steve Njunge who is sidelined for the rest of the season due to knee injury.” said Osano

Osano, who made his premier league debut in the second game of the season against Kenya Police, has so far clocked 1,980 top-flight minutes from a possible 2,340 after completing 22 of 26 games played.