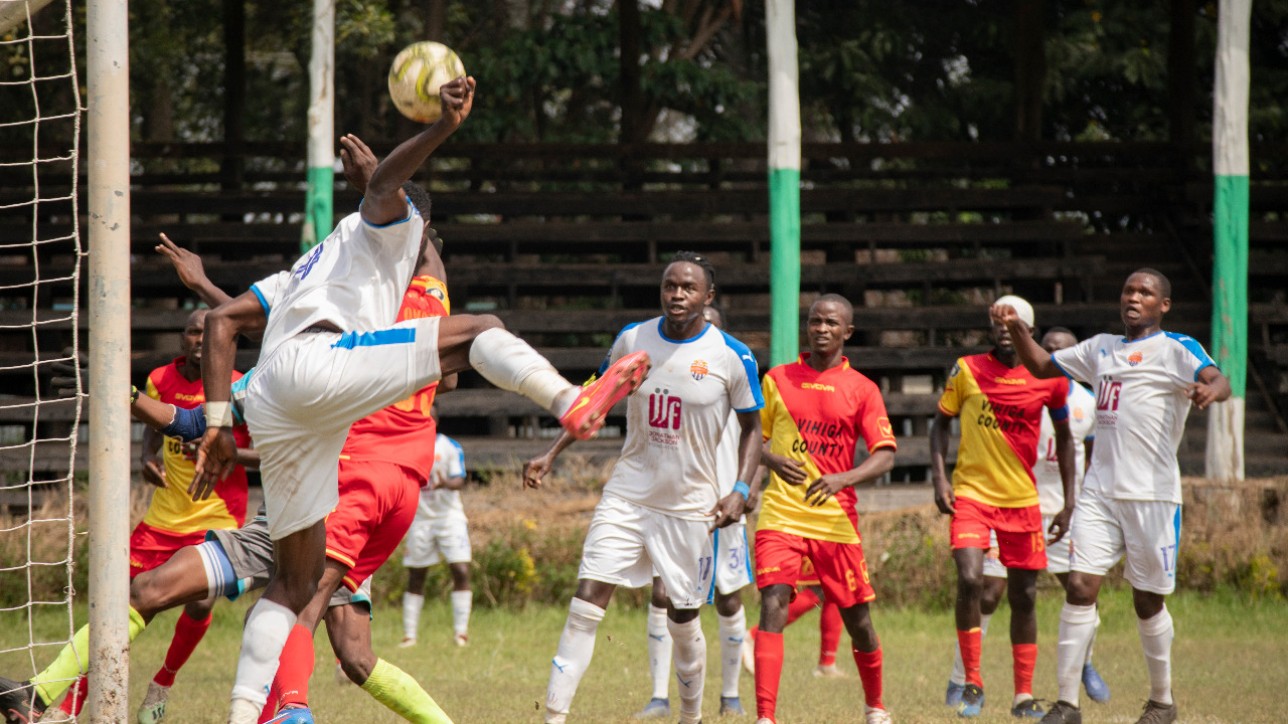 As was the case in the first leg, Vihiga United and Nairobi City Stars came out all square, this time 0-0, in a Premier League round 27 tie held at the ASK Showground, Nakuru on Wednesday 21 July 2021.

During the first-ever meeting in the Premier League between the two back in December 2020, the game ended 1-1 at Utalii College.

Vihiga United started the game on a high and ventured into the City Stars box on three occasions On one such occasion, in the 3rd minute, keeper Stephen Njunge, cut out a dangerous cross.

In the seventh minute, Davis Agesa powered his way to the Vihiga box to force the first corner of the game that was however wasted.

Within the next three minutes, City Stars had a freekick skied by Bolton Omwenga as skipper Anthony Muki Kimani had a feeble shot to Vihiga United keeper Morgan Ambuka.

In the 16th minute, another freekick, this time by Muki, eventually resulted in a fruitless corner.

Vihiga responded with one of their own the very next minute by Lawrence Luvanda got it wrong, firing wide.

In the 25th minute, a Bolton freekick from the right found Nicholas Kipkirui at the far post but he fired high to let Vihiga off the hook.

Four minutes later, Kipkirui should have put Simba wa Nairobi a goal up but after being teed up by Ezekiel Odera, he was a fraction too late to fire home as Michael Odongo tackled him in the nick of time to scale off the danger.

From then on it was a case of Vihiga United owning the midfield restricting City Stars whose best chance for a goal before the break is when Agesa had a stinger on Morgan just before the break. It ended up in an unaccounted corner.

City Stars players heading for half time during a round 27 Premier League clash against Vihiga United at the ASK Showground, Nakuru on Wed 21 July 2021. It ended 0-0

The second half started with immediate changes as Vihiga brought on Erick Opiyo and Kevin Omondi for Stewart Omondi and Patrick Onganya, respectively, as City Stars pulled out Odera and brought on Rodgers Okuse Okumu.

Minutes into the restart, Muki had a long lob for the far post but Morgan who had a good game all through rose high to contain it.

At the mark, stopper Salim Shitu Abdalla, while at the far post, downed a header that bounced out with the goal at his mercy after connecting well to a Bolton freekick.

Rare chances continued to go begging as Morgan once again contained a shot from Kipkirui in the 67th minute.

Substitute Erick Opiyo should have sent the home team a goal up in the 77th minute when he burst into the box only to fire inches wide at the far post.

Many half chances by either side followed that miss as the game wound down to a barren draw.

With the latest point, City Stars moves a position up to sixth with 38 points from 26 games as Vihiga United remains 16the with 17 points.

Next up for City Stars is a home game against Bidco United on Monday 26th July at Ruaraka starting 3 pm. City Stars forward Davis Agesa goes for the ball during a round 27 Premier League tie against Vihiga United at the ASK Showground in Nakuru on Wed 21 July 2021. The tie ended 0-0