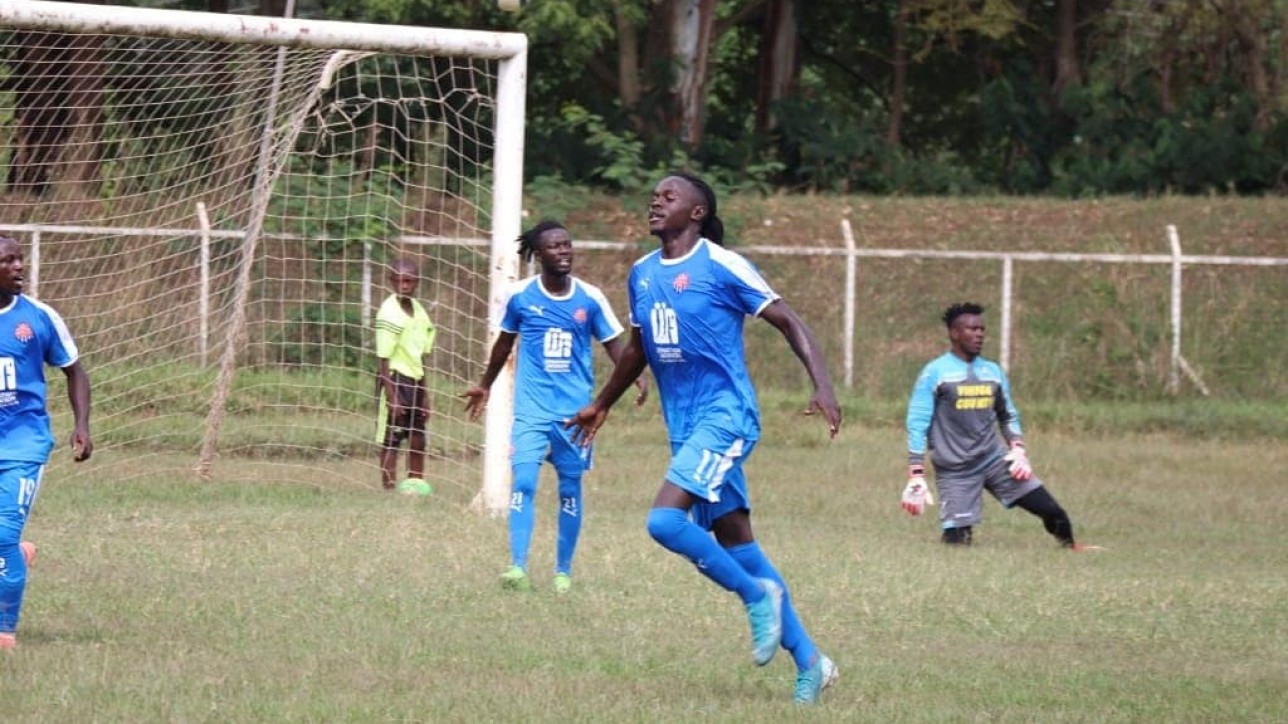 A first half goal and penalty save by keeper Levis Lovae Opiyo in the second half handed Nairobi City Stars a hard fought 1-0 win over hosts Vihiga United in a National Super League (NSL) match 22 played at Mumias Complex on Sunday 26 January 2020.

Agesa, back in the lineup after missing games against Shabana and Vihiga Bullets, announced his return with the winning goal when he rammed home a cross from Oliver Maloba in the 34th minute past a stranded keeper Joel Bataro. It was Agesa’s sixth goal of the season.

Keeper Opiyo, standing between the sticks for the 21st time this season, pulled a massive save in the 54th minute when he parried a penalty by Smith Ouko for a fruitless corner. The spot kick was awarded after Elvis Ojiambo had handled in the box.

In early October Opiyo saved a penalty at Karuturi to ensure the team protected a 2-1 lead to scoop maximum spoils over hosts Nairobi Stima.

The win sent Simba wa Nairobi to the 52 point mark after 21 games to open a 16 point gap over their immediate victims who started the day sitting third.

Away from the three points earned, the latest win stretched City Stars unbeaten streak in away games to 17 games from as far back as April 2019. It was the tenth in 11 away games.